The results for the new recruits for the Ackley Surname Project that I wrote about in a previous post are starting to come in. I feel a little bit like Steve Martin in "The Jerk" when the new phone books came in:

Here is some background on what is known about each of their ancestors and an update on how their results compare to the rest of the Ackley men already in the project.
The first new member is a descendant of James D. Ackley of Otsego County, New York. Presently, James is a brick wall for this Ackley line. The following biography from "History of Floyd County, Iowa" [1] gives a good overview about what is known about James: 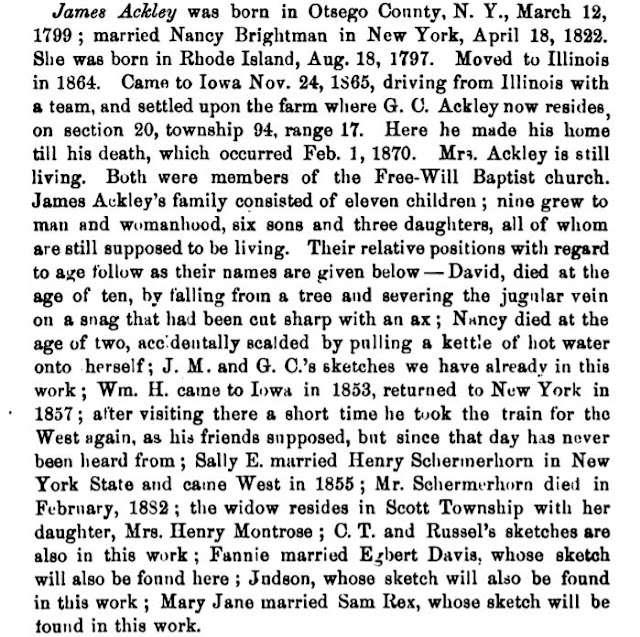 There is also a good paper trail for James' descendants. I built a quick and dirty tree on Ancestry for our new member's family (leaving off the most recent generations to protect his identity): 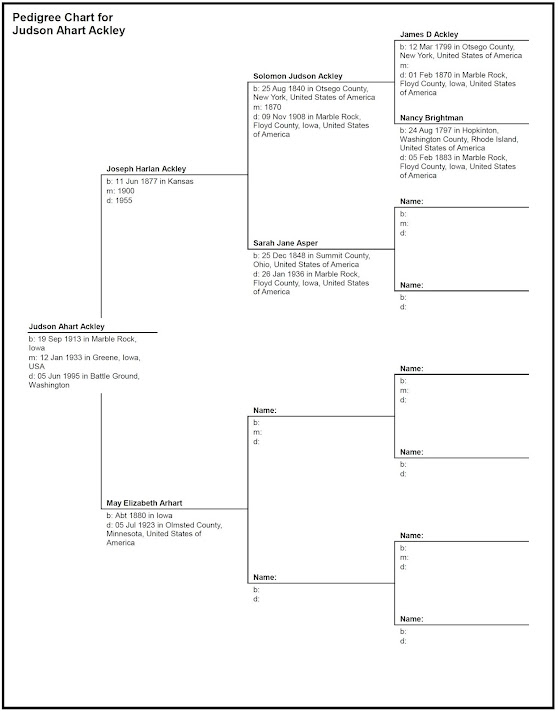 The second new member is a descendant of William Ackley, of whom not much is known. I wrote about William's son Daniel Ackley in this post back in 2016, who is believed to have been born in Little Egg Harbor, New Jersey and settled in Pennsylvania. As with the first new member, this line hits a brick wall at William. There is also a decent paper trail for this family up to Daniel; I have also created a quick and dirty tree on Ancestry for Daniel's descendants: 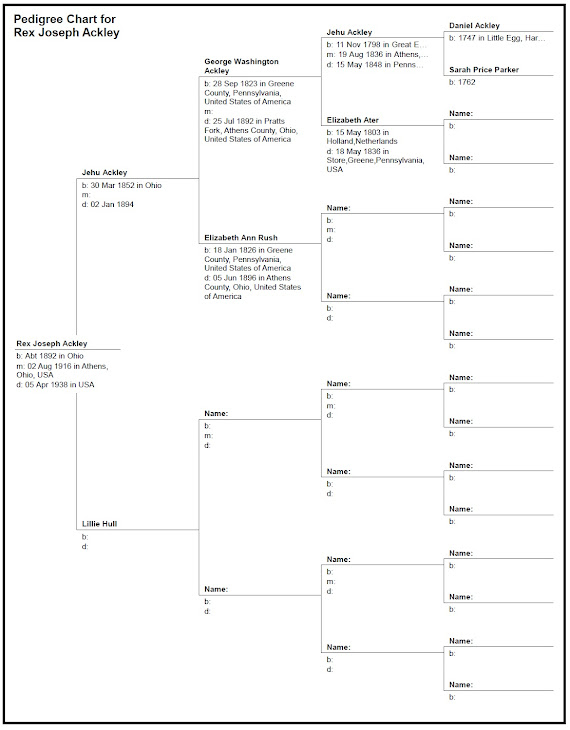 The third Ackley recruit is a descendant of Edwin/Edmund Ackley, born about 1832-1834 and died of typhoid fever in 1862 while a soldier in the Civil War. He lived in Livingston County, New York. Here is his quick and dirty tree: 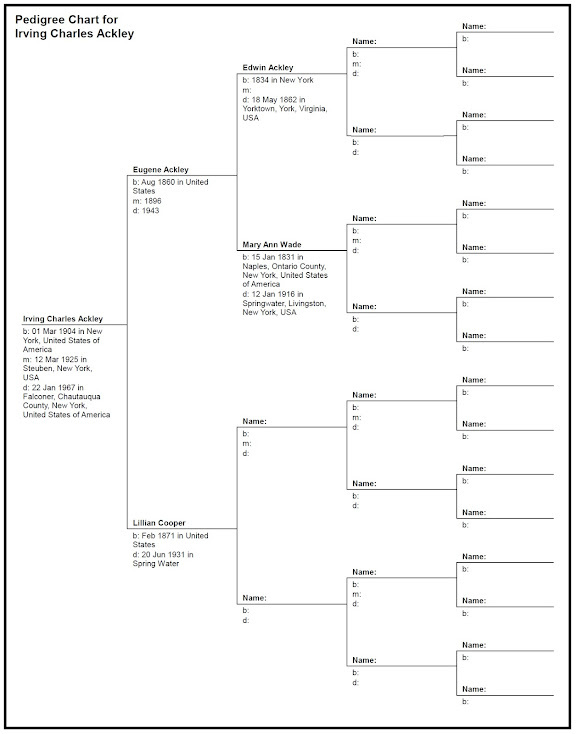 Here is the exciting part. Two of the tests that have come back so far indicate that two of these men are almost certainly descendants of Nicholas Ackley. The third tester does not match any of the Ackley men in the project, and is just as certainly not a descendant of Nicholas Ackley. Although this may seem disappointing on the surface, the information we have from his test may help another Ackley line extend their tree several generations back in time as we learn more.
Recall that Y-DNA matches are measured by genetic distance; I won't repeat all the details on how this works here, but if you need a refresher, see this post. The relationship between genetic distance and relatedness is summarized in the table below. Since the new testers all took a Y-37 test, we will make our comparisons at the the 37 marker level.

In the table below, the two new testers who are descendants of Nicholas Ackley are highlighted in green; 938425 is the descendant of Daniel Ackley, and 938369 is the descendant of James D. Ackley. The genetic distances between the testers are contained in the cells of the table. The cells are color-coded according to the table above, and you can see that there are no red cells for the two new testers (in fact, there are no red cells between any of the Ackley men in the project). There are a few yellow cells, meaning "Possibly Related". The two men with whom all of the yellow cells occur (648886 and 177515) are both known descendants of Nicholas Ackley, so I believe it is safe to conclude that they are in fact related.

While this information is not enough to break down the brick walls that exist on these Ackley lines, it does narrow down the search tremendously; these two men (and anyone else who is a descendant of either James D. or Daniel Ackley) can restrict their research to the descendants of Nicholas.
Note that the third tester is not included in the table above. This is because the genetic distance between him and the rest of the Ackley men in the project is greater than the upper limit set by FTDNA for reporting. He has only two matches at both 12 and 25 markers, neither of which has the Ackley surname. Both of these matches have only tested to the 25 marker level. One of the matches has the surname Schroeder and the other has the surname Eckler. I'm not sure what to make of the Schroeder match yet, but the Eckler match could be significant. There is an Eckler family that had some members who changed their surname to Ackley. There is a published genealogy titled "The Eckler-Ackler-Ackley Family" [2] written by A. Ross Eckler. Without going into detail to protect the privacy of the testers, there is good reason to believe that the Eckler match to our Ackley tester is related to A. Ross Eckler. Further testing of more Eckler/Ackley men will be needed to further confirm (or refute) a possible connection between our Ackley tester and the Eckler family, but it is a promising path for further research.
The results for the final two testers are not expected until late October. I will write an update when the results are available. So far this recruitment effort has provided exactly the kind of information I was hoping for; I expect similarly useful information from the remaining two tests.

1. History of Floyd County, Iowa: Together with Sketches of Its Cities, Villages and Townships, Educational, Religious, Civil, Military, and Political History; Portraits of Prominent Persons, and Biographies of Representative Citizens. History of Iowa, Embracing Accounts of the Pre-historic Races, Aborigines, French, English and American Conquests, and a General Review of Its Civil, Political and Military History, Volume 2 (Chicago: Inter-State Publishing Co., 1882), p. 1082.
2. Eckler, A. Ross. The Eckler-Ackler-Ackley Family. Self-published, Morristown, New Jersey, 1970.
Posted by Mike Ackley at 10:32 AM